The revolutionary advent of technology has continued to marvel the world since its beginning. The introduction of robotics comes under many advanced developments given by the improved technology. From assisting doctors in the operation theatres to welding different auto parts in a car manufacturing factory, robots have created a huge impact on a vast global industry.(Hand, 2018)

The growth of robotics has prompted the supply chain strategists to rethink their strategies around the automation and robotics, and has gained a sharper competitive edge. As a result, in current world scenario, the robots have become the supply chain game changers. Implementing the robotics have allowed the logistic companies to process orders at a faster pace. All the complex tasks which initially created hurdles for the supply chain department, are now being efficiently handled by the robots working in various parts of the organizations. The daily routine operations are conducted with higher precision and greater speed enabling the manufactures to complete the projects before the deadlines. The intelligent machines have been designed to work side by side with humans; hence, reducing the risk of injury in dangerous scenarios. Another significant benefit that comes along with autonomous robot is the luxury of reduced cost. In addition to a lower cost benefit, supply chain department enjoys greater productivity as the error rates gets shrunk drastically. (Fitzgerald, n.d.)

The human history revolves around a long list of incidents where people have followed traditions and norms religiously. The history reveals that the masses didn’t care to welcome the new ideas offered by the intellects of the society.

The emergence of technology has been there all the time, but not many created the same impact as others. Game changer is any procedure or idea that has significantly shifted the people’s way of thinking. One such example of a game changer is Model T car designed by the great developer Henry Ford to facilitate ordinary Americans. General public could cover long distances in a matter of minutes (Rowe, n.d.)

Since two centuries, global industries have shown great reliance and dependence on a strong and an efficient manpower. A labour force which made sure that the industries ‘output are at par with the ever increasing demands. But, keeping in mind the human limitations, the organizations had to face a continuous challenge thrown by the human error. Furthermore, resulting in constant lack of productivity and delayed work scheduled. Combining all of this, the large manufacturing firms had to call in more labour and hence had to bear the cost of over staffing. The introduction of robotics in such circumstances proved to be a breath of fresh air for the industrialists. So, to be specific, robotics was the game changer for the manufacturing firms’ supply chain departments.

It has been said by the experts that current trend of abundance of financial resources has made it possible for the small firms to utilize more advanced technological resources that were initially only available to the larger scale firms. The warehouses and manufacturing firms are among the top organizations that would be in dire need of automations and robotics in the coming future. (Industrial Robotics | Interviews, 2012)

The countries from around the world are now gearing up to excel in the field of robotics to help their local industry grow and compete with the outside world. For instance, Rethink Robotics, is a Boston based robotics company, which has manufactured a robot called Baxter; to collaborate with the workers on the product line. The robot can differentiate the products on the basis of weight, size and colour. The robot’s ability to work for several hours has made it even more appealing to the manufacturers. The robot has been seen to sort out plastic in a factory for over 2000 hours. It is fair to say that this amount of work rate wouldn’t have been possible for human workforce. If calculated, at a minimum wage rate of $9 per hour it would cost $19000 to achieve the same work rate of 2000 hours, which is equal to 90% of the total purchase cost of Baxter. (See Exhibit 2)

Baxter has been designed in such a way that whenever it gets near to a human, it slows itself down in an attempt to reduce down the impact. This has been opposite to what has been happening in previous decades when the robots were isolated from humans. The separation was mainly due to the reason that the robotic technology was not up to the safety standards. The added advantage that was brought in by Baxter, was the fact that it could easily be programmed even by a regular factory worker. With this, it also drastically reduced the fixed cost of small manufacturers across New Zealand. Previously it would cost USD 50,000 to buy a robotic machine but comparing to that, the cost has fallen down to USD 20,000. This clearly suggests that Baxter has a huge cost benefit to the small enterprises around New Zealand. The experts believe that manufacturers should really look forward to adopt the latest robotic technology to bring much needed solutions to their supply chain problems. (Ryan, 2014 )

The experts believe that robotics and supply chain have an everlasting relationship. Transporting items from one corner of the warehouse to other requires minute skills but has its importance. Amazon has been at the forefront at utilizing robotics in all of its warehouses; enabling them to reduce their cost and improve efficiency.

Recently, Amazon has bought Kiva system for an approx. $774 million which is being implemented in its various warehouses. The robotic system can transfer the big boxes from one part of the warehouse to another part without human assistance. (See exhibit 3) The company has allowed itself to lay off workers’ help in its operations, enabling it to cut down the labour cost. The minimum level workforce has brightened up Amazon’s bottom line quite significantly. (conor-o-neil, n.d.)

The introduction of robotics has complemented the supply chain in such a way that it has allowed the firms to lower down their overall cost. It has been a sheer game changer as it has assisted the large scale producers to become highly efficient in their production. Along with reduced cost, robots’ continuous working ability has attracted different manufacturers to implement the robotic system to their supply chain. The robotic system makes sure that there is no stoppage to the work, keeping the productivity to the maximum level. Companies like Amazon are some of the prominent examples which have employed the robotic system into their warehouses and factories to make sure that all the products are being transferred to their specific locations under the given time. All of these benefits provide enough evidence to maintain a strong stance that robotics has actually provided a great assistance to the supply chain and has been the real game changer for the manufacturing industry. 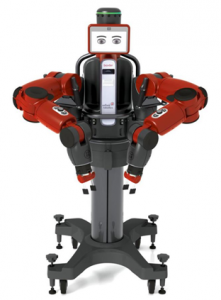 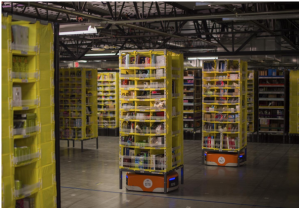 Hire us for Case Solutions